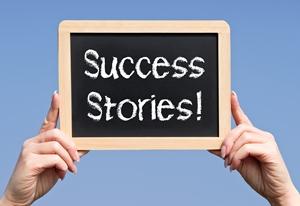 Hello everyone!  How is your week going, any nice wins to report?  Just one win for me for October so far of a retro style coaster with a snail print on – so cute!  September wasn’t too bad a month for me as I won a total of nine prizes totalling around £220 in value.  My favourite prize for September has to be the awesome designer handbag from Elvis & Kresse made from recycled firehose and parachute silk – a real one off piece that I never would have been able to own had it not been for comping!  My husband even had a really nice win this month too, and he isn’t as comping mad as the rest of us. He won a super pair of Monster headphones from the Pringles text to win competition, and I must say he was rather chuffed!  He is already starting to look forward to the advent competitions – almost as much as I am!

As usual the Chatterbox Forum is bursting with fabulous winners’ stories from our lovey and lucky members.  Let’s take a look at some of the prizes you have been winning over the last month:

I was very pleased to read about the win that one lovely member received this month too – a fabulous three night break for up to nine people in a Forest Holidays lodge!  What was so lovely is that this comp, from Slimming World magazine, was a judged tie breaker competition.  It just goes to show that even though there aren’t that many opportunities to write witty and clever slogans and tie breakers any more, when you do have the chance it is well worth making the effort as the prizes can be awesome!

I think hands down my favourite prize announcement I have read this month has to go to our lucky member who was one of the winners in the recent Telegraph 125th anniversary competition!  They have won an AMAZING six week cruise holiday from Santiago to Hong Kong via New Zealand and Australia, with stop offs in between!  What a gob-smackingly fabulous prize to win – a true once in a lifetime experience that they possibly wouldn’t have even considered if it weren’t for our hobby – many, many congratulations!

Here’s hoping for more lovely wins this month, and keep telling us all about them on the Chatterbox Forum - I for one love to read all about your fabulous wins!

Happy comping and lots of Lucky Dust to you all!